“There’s no mystery to turning pro. It’s a decision brought about by an act of will. We make up our minds to view ourselves as pros and we do it. Simple as that.” –The War of Art, Steven Pressfield

There are some things in life you take for granted until they’re gone. For me, that thing was sports. Since about second grade, I don’t think there was a time in my childhood that I didn’t play sports. I started playing soccer because my best friend Alicia joined the youth league and I wanted to try it too. Looking back she was my original #fitfluencer: I wanted to do everything she did—and she never sat still for very long. (Interestingly, she’s a trainer now so maybe she was onto something back then).

I played soccer for nearly a decade, but also took up gymnastics, dance, and horseback riding. I took swimming lessons in the summer. I joined the basketball team in middle school. I went to volleyball camp once in junior high. By high school, most of the girls from the soccer league left to join the high school teams, so I played lacrosse for four years instead. In the off season, I did colorguard for the marching band, which, while not exactly a sport, was competitive and made my lacrosse shot shockingly strong when spring came around again. When I was applying for college, I had every intention of continuing to play lacrosse and even emailed coaches at some of the schools I visited. In the end, though, I landed at a small art college. As you might imagine, sports are not especially popular in art school. Most of the students had no interest in any sort of sporting endeavor beyond running around with NERF guns (and maybe a Quiddich team that I don’t think ever materialized). At the time I didn’t think much of it, but looking back I realize it was a huge change for me because sports had been such a big part of my identity my entire life—and then suddenly they weren’t.

As an adult, I periodically signed up for gym memberships, which I sometimes used and sometimes didn’t. I’d go through cycles of going religiously and then getting bored and stopping again. I was in the middle phases of boredom when I discovered ClassPass, which, at the time, would let me try as many classes I wanted each month for a fixed rate. This sounded like a good way to switch things up, so I decided to give it a try. I thought I’d just go to a few dance classes and have some fun, but what happened was deeper than that.

Doing classes unlocked something in me that I forgot was there. That feeling of mastering a new skill and being surrounded by other people with a shared goal (even if that goal was just to finish the class). Unlike the traditional gym environment, which seemed focused on trying to work specific muscles or lose weight, classes let me move my whole body in new and different ways—learning new skills and practicing them with intention over and over.

Until then, I hadn’t realized how important sports had been in shaping my identity. There were so many things about being an athlete as a child that influenced my approach to most things, but I never gave it much thought because they were just second nature to me. Sports gave me a certain persistence and perseverance that I assumed everyone had. Sports teach you pretty quickly that trying something new means failing a lot of times before you can ever get good. Sometimes those failures mean literally falling, getting hit in the face, or something equally unpleasant. When I went to art school I found myself practicing my craft over and over again with that same intention. I reworked the same concepts over and over again, even as my peers and professors said they didn’t get it. I didn’t take their criticism as a sign that I should give up, but that I should try again. Sports taught me that I could do anything I put my mind to—but it wouldn’t come quickly or easily. Before I started playing basketball in seventh grade, I always said basketball was the one sport I could never play. I’m not sure where I got that idea, but it was one I held closely for a long time. At the time, though, I was sort of forced to play because I didn’t have time in my schedule for P.E. and basketball was the only sport the school offered. (The irony was that I had joined band specifically to get out of taking P.E., but that’s neither here nor there). When I started, I was pretty bad. I spent countless hours practicing in my driveway and running drills during practice and, by my second season, I was a starter. Obviously this wasn’t all star team or anything, but it still meant I was no longer the worst on the team, which felt like a victory.

Until recently, I didn’t think I could be an athlete without a team. But one of the things the New York fitness community has taught me is that athletes come in all different forms. Last year, I made the conscious decision to identify as an athlete again and it unexpectedly changed my perspective on everything. I suddenly returned to the mindset I had all those times I went out on the lacrosse field held together by pre-wrap and ACE bandages. All of the times I was tired or bruised but played anyway. The mindset that I would do whatever it took to play and make every effort to avoid being benched.

There were certain things I had, up until last year, just accepted about myself as limitations without much of a second thought. For instance, the few times I played pickup soccer in the park, my knees hurt intensely for a few days after. I assumed this meant I’d never play soccer again, but the athlete in me was determined. So I went to a physiatrist (which I’d been putting off for months) and started physical therapy to correct the muscle imbalances in my legs. Instead of letting myself be defeated when my body didn’t do what I wanted it to do, I was determined to overcome. The ailments I once saw as walls that defined what I could and couldn’t do instead became obstacles to either be hurdled or moved by sheer force. What would an athlete do?

Deciding to identify as an athlete helped me shift my mindset from that of an amateur to that of a professional. In The War of Art, Steven Pressfield notes that the amateur spends a lot of time waiting for inspiration or motivation before taking action, while the professional just shows up and gets to work. As I wrote in my last post, I don’t spend a lot of time these days dwelling on whether or not I feel motivated to work out; I just put it on my calendar and I do it.

An unexpected part of turning pro is that I’ve started to take recovery more seriously. I don’t just mean taking rest days when I need to, but also consciously doing things to aid in recovery on a regular basis. This has forced me to embrace some things I don’t love doing because I know they will enhance my performance over the long term. For example, I never been a fan of yoga because I’m basically the least flexible person on earth, but I’ve realized that stretching is something that my body really needs, so I’ve been going to a few classes occasionally.

Also, since physical therapy, I have been foam rolling somewhere between daily and a couple times a week. PT really drove home the fact that pretty much all of my muscles were knotted up. It took 8 weeks of regular foam rolling and my physical therapist doing soft tissue mobilization before she FINALLY said she felt some of my muscles release. So since then I’ve tried to commit to foam rolling as much as possible. The first 50 times it fell somewhere between terrible and excruciating on the pain scale, but it has gotten better over time. Now after many months, I’m finally noticing some changes in my mobility.

The power of self-identifying

What I’ve learned is that I can’t wait around for some mystical force in the universe to decide when I have arrived, I have to invite myself—or even crash the party. That mystical force doesn’t exist. No one is ever going to tell me when I’ve finally become the thing I want to be—I have to make that decision and act accordingly. But I’ve also learned the act of deciding makes those actions much more clear. Self-identifying as an athlete has made my fitness journey more simple. An athlete trains, so I train. And I do whatever it takes to get better at it everyday. 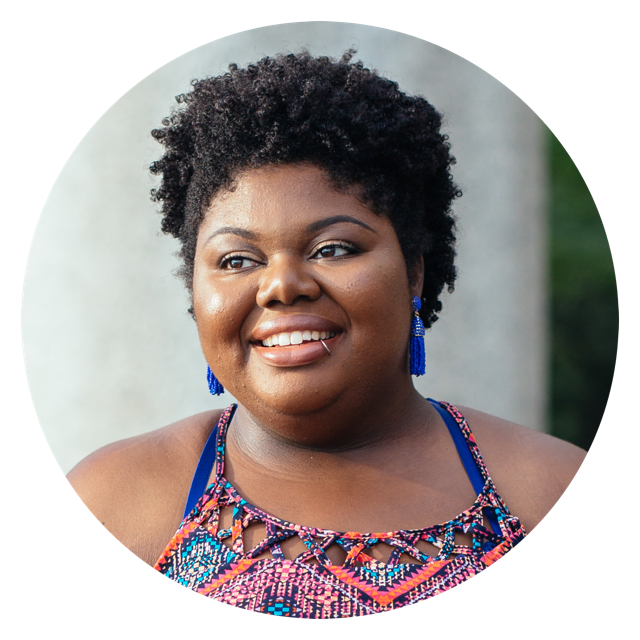 I’m Melissa. I’m a graphic designer, wellness advocate, and athlete who created this blog as a space to write about using fitness as a vehicle for practicing taking up space, facing my fears, overcoming perfectionism, and recognizing my accomplishments.

I’m Melissa—a graphic designer and comms lady who created this blog as a space to write about using fitness as a vehicle for practicing taking up space, facing my fears, overcoming perfectionism, and recognizing my accomplishments.